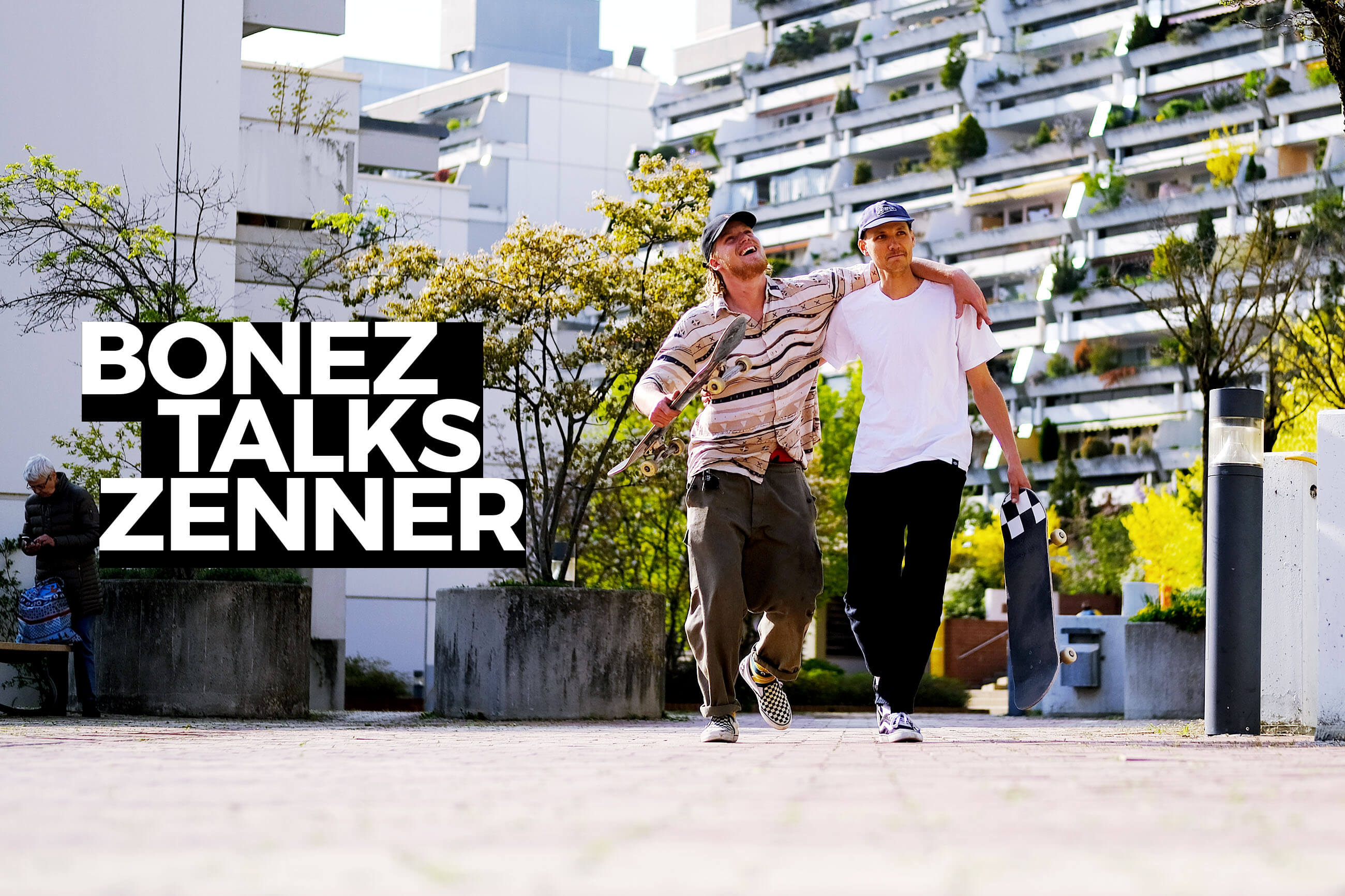 I’ve known this guy for a long long time but it wasn’t until last Summer that we got really close friends. We were skating together every day because we were the only two guys without a full-time job in Munich (at least it felt like that). Then I started to really get to know Pauli. He is the perfect “Schwiegersohn” (son in law)! Haha no, I’m just joking, he can be a bad boy too! But the fact is he has always a smile on his face and is always gentle to everybody! And his skating is “the best” because he is “the best”!

I will tell you how a skate day with Pauli is like. You meet up at the park and Pauli is 15 minutes too early while you are on time, so it looks like you are too late (maybe he was on time and I was just too late). Then you say “hello” and talk about the newest skate clips on Thrasher. After the 20 minutes of skate-talk, it’s time for 20 minutes of shit-talk. Then you start to skate and try some new tricks together. After a while one gets it and the other one gets jealous about it so he tries it until he makes it. Then the shit-talk again. In between, you have a lot of laughs flashed. At the end of the skating its time for 1-2 beers! And more shit-talk and laughs flashes.

That’s the skatepark-Paul! But there is a Streetskatepauli, too. When he is skating the streets and try to hit a big as rail or hubba he is super focused! I mean if you skate stuff like this you got to be focused! He is also more of the skater that searches for a spot and goes for it with a little preparation ahead! Like going to the skate park and practicing the trick the day before to get it on lock. For me, it was so good to go skate with him this summer because he likes to skate big stuff while I got more and more scared of it. When I saw him doing big stuff I could see myself getting to skate big shit again. He makes it look less scary.

But he is not only a big-shit guy. He skates creative and with a lot of flow as well.
Actually, I just want to say what a good guy and skateboarder Pauli is! He is the full package! Nothing in between. I really hope I can go on some trips with him next year because so far we only went on a trip to Prague together and that was a few years ago.
He deserves to go on more skate trips because, as you already know by now, he is “the best”.