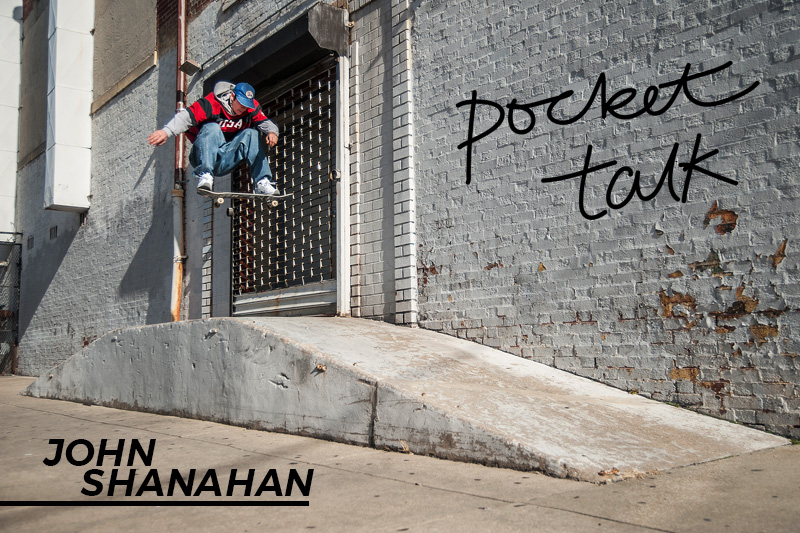 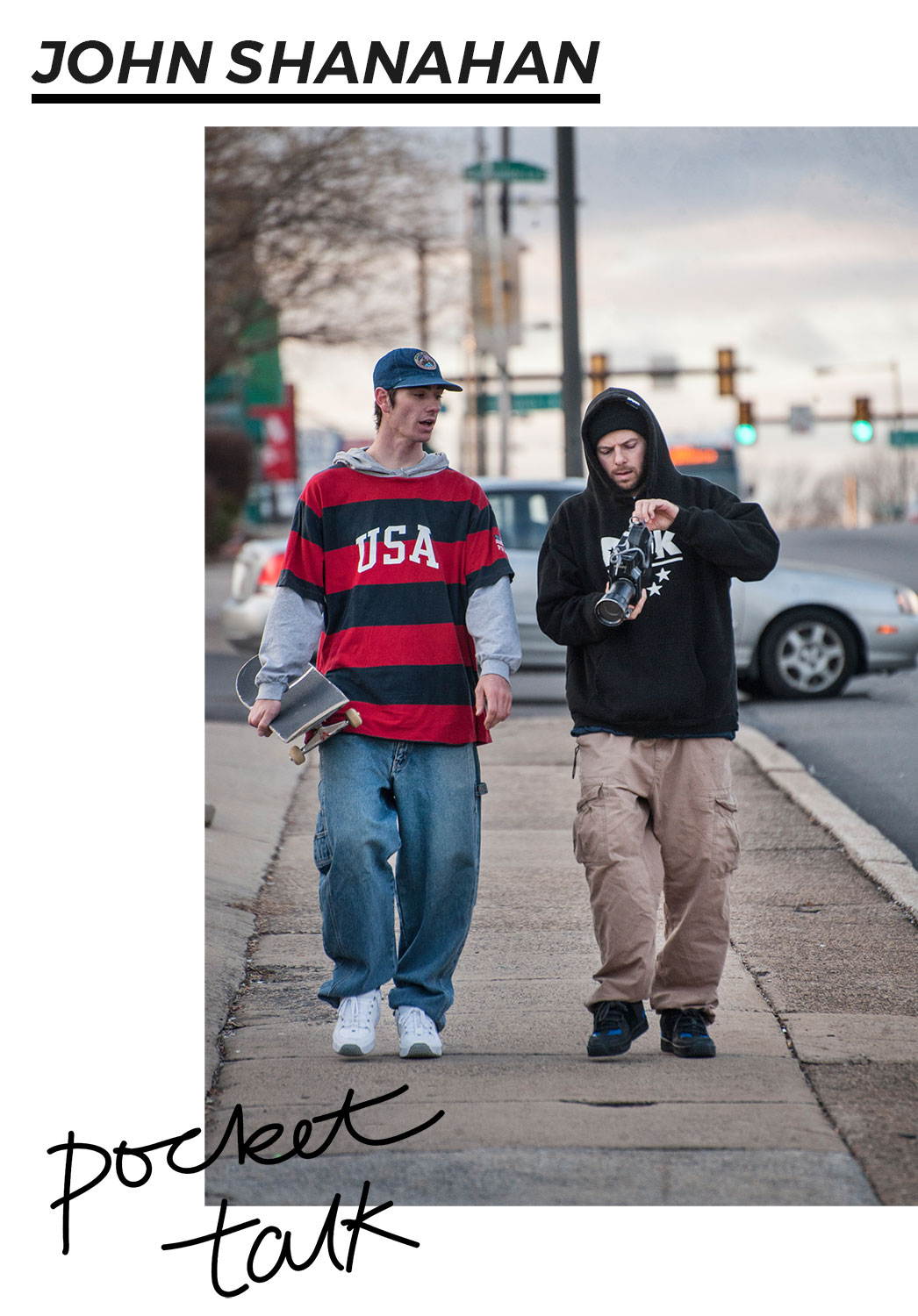 John Shanahan is, in our humble opinion, one of the most interesting characters in skateboarding right now. He’s unique. Not only in the way he skates, the tricks he chooses but also in the way he dresses. He is one of the skaters you are hyped about every second of footage you get to see. So we got good news: DGK just put out their new video “THORO” and he has the last part. Not only that, he also turned pro for DGK at the same time. Enough reasons for us to pin him down for a Pocket Talk.

John! How are you? Where are you at right now?
Yo! I’m good! I’m in New Zealand right now.

First of all, very sick part in THORO and congrats on turning pro for DGK!
Thank you bro!

When did you know you were going to turn pro and who told you?
Hmmm I think Kalis or Penny mentioned something about it briefly but when I got the call from Matt Daughters it was official. I think around late August/ Early September of last year.

Easiest and hardest clip you got for THORO?
Maybe not the actual Easiest but the Nollie heel over the trash can line sticks out. I tried it a couple times before that day but you usually only get like 5-10 minutes at that spot. The day I landed it I was mad sore and felt like I could barely Ollie onto the ledge but somehow it worked and I just stuck with it and rode away. Jahmir set it off with a 180 up and switch Shuv over it which got me hyped.

And for the hardest it might have been that line at the Art Institute in Chicago. Maybe not physically the hardest but the most work was put in to get that. We took all the stoppers off a couple nights before and tried to skate it everyday for like 3 or 4 days. The first day it was mad wet and we tried to dry it up but it didn’t really work.  The next day we went Kalis did a couple sick lines and then we started getting kicked out non stop after that. We would start there in the morning and try to get warmed up cause it was freezing cold out. Get kicked out and come right back like on and off every 15 minutes. The security started getting crazy haha but we kept doing that and ended up getting the line eventually. I’m hyped I got to film a trick at a spot that has so much skate history behind it. That line was a pain in the ass but was worth it.
Also the fakie front shuv over the bump to bar was a battle.

What about the Ollie on to this narrow triple kink ledge? I thought that was nuts and super scary to try. Did every try go well?
Yeah for the most part it went well. I would land on it and my wheels would slip out sometimes but that’s about it. We got kicked out of that thing at least 5 times maybe more and just kept going right back haha. The guard would come out then we would cross the street and chill at Mickey Ds for a sec then run back up and get a few minutes before she came back out.

What was your most influencing skate video growing up?
The first big one was Baker 3. Then Mind Field. I grew up watching some older videos too but I started really getting into them as I got a bit older. Photosynthesis was and still is very influential to me.

How are you feeling about video parts and full length videos in this fast paste time?
I’ll always cherish the traditional video part and full length. I think it really shows how much someone cares about skating. Everyone skates nowadays and anyone can get clips for their Instagram here and there. But not everyone has a quality video part that they put all of their time and effort into and can truly be proud of.

Do you watch actual skate videos every day or just scroll through Instagram?
I watch skate videos as much as I can. I draw a lot of inspiration from older videos but I try to watch all the new stuff that comes out too. Instagram just makes it easier to keep up with all that. It’s also sick to see all the throwback accounts that are popping up. You can learn a lot about skate history through Instagram.

Who’s the team mate you skate the most with?
Penny, Bilyeau and Jahmir.

What’s up next? Trips? Projects?
I’m on this DC trip right now. Heading to Australia in a couple days. There’s a DC project in the works but I’m not too sure what’s going on with it yet. Just trying to stay busy filming and maybe travel some more.

Thanks for your time, stoked on everything that’s coming!

WATCH JOHN & THE DGK TEAM IN THEIR NEW VIDEO “THORO”