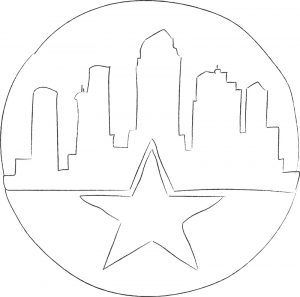 You don’t really have to like skateboard contests to be a fan of Tampa am & pro. It’s just unlike anything else in this skate park full of hungry ams. This one contest can literally change your future. It was Justin’s second time in Tampa and he again proofed that he belongs there by making it to the semi finals. Only made sense to hit him up for some quick questions:

What’s it like travelling all the way to the US only for contest skating?
I would have preferred to only skate street of course. We did something for Santa Cruz’ Instagram at a skate park and the next day was the first contest day.
Fortunately I am going back to the states in January already!

By the way: How did you get on Santa Cruz?
This I owe to Mark Nickels! They approached him and asked for a newcomer from Germany and he suggested me. Thank you so much, Mark! .

There was also a premiere of the Santa Cruz Amateur Montage.
Did you know the other guys before? How did it work out?
Besides one of them I didn’t know anybody. We got along very well straight from the beginning. The team feels more like family already!

How was the excitement compared to last year?
It was totally ok. I wasn’t that nervous before my run.

Who was your personal MVP of the weekend?
Felipe Nunes from Brazil who also got the ‘G for Effort’ award, for sure!

Are you going to be back at Tampa next year?
Yes I think so. I would like to!