Saarbrückens own Modo Matinda comes through with this part filmed in Berlin, Frankfurt, Barcelona and on home turf.
We talked to Modo about his part, the area he comes from, his music and much more: 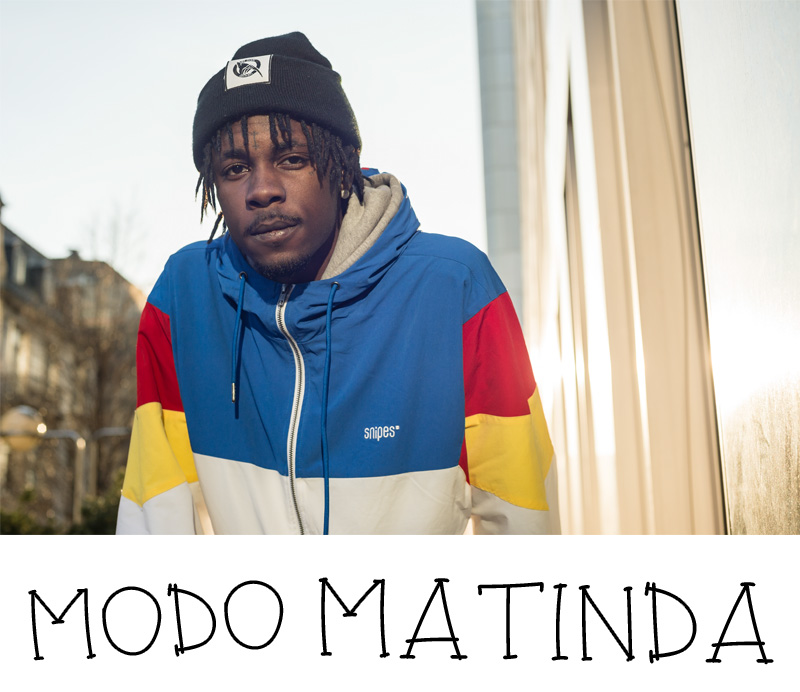 Hey Modo, what are you doing right now?
Hey what’s going on? I’m still waiting for the winter to pass, otherwise skating and making music. Unfortunately, only a little skating is going on right now, because we have no indoor park, but besides that, everything is fine.

How long have you been filming for this part?
I think for about a year. Unfortunately, I was injured in between and had to go through a lot of stress, but I want to film a new part again this year. I am super motivated! For the next one I would like to travel a little further.

The footage was filmed mainly outside the Saarland. Is it easier for you to be productive on trips than at home?
No, I do not really notice any difference. It always depends on how you feel and how fit you are. But I think I can skate better when people from my crew are around. Then I put less pressure on myself.

Sometimes, I also think that it does not strike me when people look strange because I just forget about my face tattoos.

Why do you think people know so few skateboarders from your area?
Unfortunately, I do not know that either. Think because not many skaters here from the Saarland get a lot of support. The generation before us did not do anything for the upcoming kids, so Marvin, Nils and I had to build everything ourselves. I want to change that with my crew!

Which three skaters from Saarland should people in Germany know about?
Definitely Marvin Rausch. He is like my big brother! Also, Nils Zoican because he filmed a lot of skate footage in Saarland and many skaters have become known through him. Besides that, Josh Junkes, he is definitely the prodigy of the Saarland and you will hear a lot from him soon!

Are you planning on moving away?
Not right now. I have something to build up here with my crew. I will not stay forever though, haha. But I think I will stay for a few more years. Sometimes people ask me if I’m up for it. But no, I will stay in the Saarland for a while.

You had some cyber beef with @feedback_ts, what exactly was going on there?
Haha! That was all promo for a new song by myself and my bro. Honestly, I do not know how it came about, but it all started with a comment. At the beginning, I did not realize that he does it with humor and then I got bummed out why he was making fun about my bro in his video. Then we chatted through direct messages, whereupon I then understood what he was all about. After that, we had a discussion for fun. I then sent him the song he then posted for us along with the chat history.

What music do you listen to?
Only trap! I’m really too deep into trap music. 24/7 all day, every day.

You’ve done the beat for your part. How long have you been making music?
Yes, exactly. I’ve been making beats for two years already and have been rapping for the past year. It’s just super sick to express what you think!

Your face tattoos are hard to miss. Do strangers react differently to you since you got them?
Really everybody looks between my eyes first and then into my eyes, haha. Sometimes, I also think that it does not strike me when people look strange because I just forget about my face tattoos.

Do you regret the tattoos?
Never, haha! Much more to come. I think I’m addicted to it. Could never imagine that I’ll regret it because tattoos are something spiritual to me.

Which tattoo is next?
A lot of dshild-sign tattoos and a purse on my neck. Also ’mom’ on my forehead.