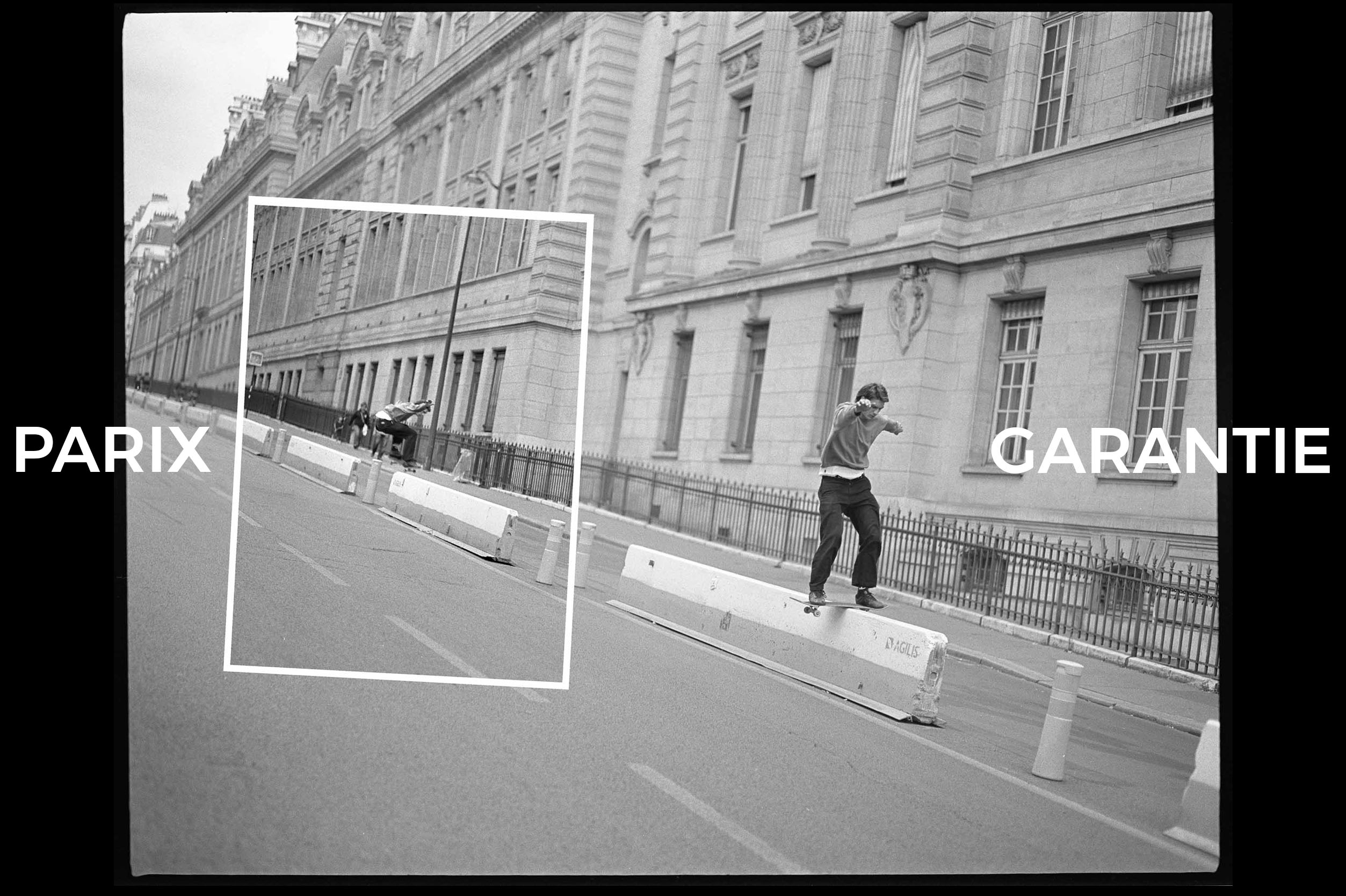 How do you return to grasp normality after a lockdown? Is one even allowed to enjoy oneself after such difficult times? We decided to leave those questions open for the moralists, packed our bags and hopped on the train to Paris.

Test your attention span for a moment to join us on our getaway.

Balthazar’s grandparents had kept their old two-room apartment in the center, or troisième arrondissement how Parisians nonchalantly would precise it. The flat had often before been overcrowded by skaters during the summers, sleeping on the floor, breathtaking shoes on the balcony, rock paper scissors deciding the first shower slot, etc. You know, the skate trips we all are familiar with. But in 2020 life outside was not quite business as usual.

The municipality of Créteil is known to many, but for different reasons: for skaters it is a classic spot to spend an entire day on, meanwhile the architects recognise the brutalist and futuristic buildings, and French rap fans remember the social housings from the music videos. During our visit, the local youngsters were playing around with firecrackers. The first resulting bang gave us a little heart attack. It took us a while to realize why we avoided the inner-city on exactly that date in the first place, because of the national day (14th of July).

For the students among us, the French holiday in the middle of the summer break did not make a great difference. Raymundo decided to visit the impressive University of Sorbonne, which had become dusty due to the infamous Zoom courses. Since both Parisians and our travel group desperately needed a digital break, the golden hour along the Seine was a popular attraction. The flat gap at sunset invited to two full sessions and a stone’s throw away, Oliver got a postcard-worthy photo in the empty yard of the Louvre and with the pyramid resembling a prism.

On a less sunny day, we were having our daily feast on a restaurant’s terrace. The table wobbled on the cobblestone pavement as the forks cravingly hit the plates. Meanwhile, Simon was in charge of the entertainment and was emotionally getting pulled in his own story. Naturally, his gestures were following his mind as he struck a glass. It spun in an ellipse, both Simon and I (Lukas) hectically reached for it, and somewhere down the line it broke. Because of my intuitive movement to save it, one shred got caught between the table and my wrist, leading to a deep cut. It did not bleed much at first, but after ten minutes under flowing water inside the restaurant without an end, the helpful waitress gave us that occupied lock.

By then, Samaritan Simon had already apologized an infinite number of times and come back from the pharmacy. Following a patch up, the blood quickly pushed through the band-aid. I then did what any reasonable but clueless person does, I called mom for help. Fortunately, she is a doctor. With her instructions over the phone and a second pharmacy visit, we managed to apply enough pressure to stop the stubborn blood flow. I felt too dizzy to skate the same day, but at least I could enjoy Simon’s and Janos’ skating on the banana curb.

A few words about the photographs:

Now let me present Balthazar Wyss who put his craft into the photos. He usually carries a medium format camera, a small reflex and a super8 movie camera in his enormous rectangular bag (plus lenses, dusty accessories and batteries). His efforts do not end with the landing of the trick. Subsequently, he himself develops all shots in the darkroom, a lengthy and patient demanding process without a guarantee of success.

As he would describe it:

«It might change the way you look at the pictures, but it also changes the dynamics on the spot: first check the light, choose the right film, change the film between two tries when the film is exposed, take note of how it was exposed…

So, it’s a hustle from the beginning to the end with a few moments of self-satisfaction. Maybe like skateboarding?»