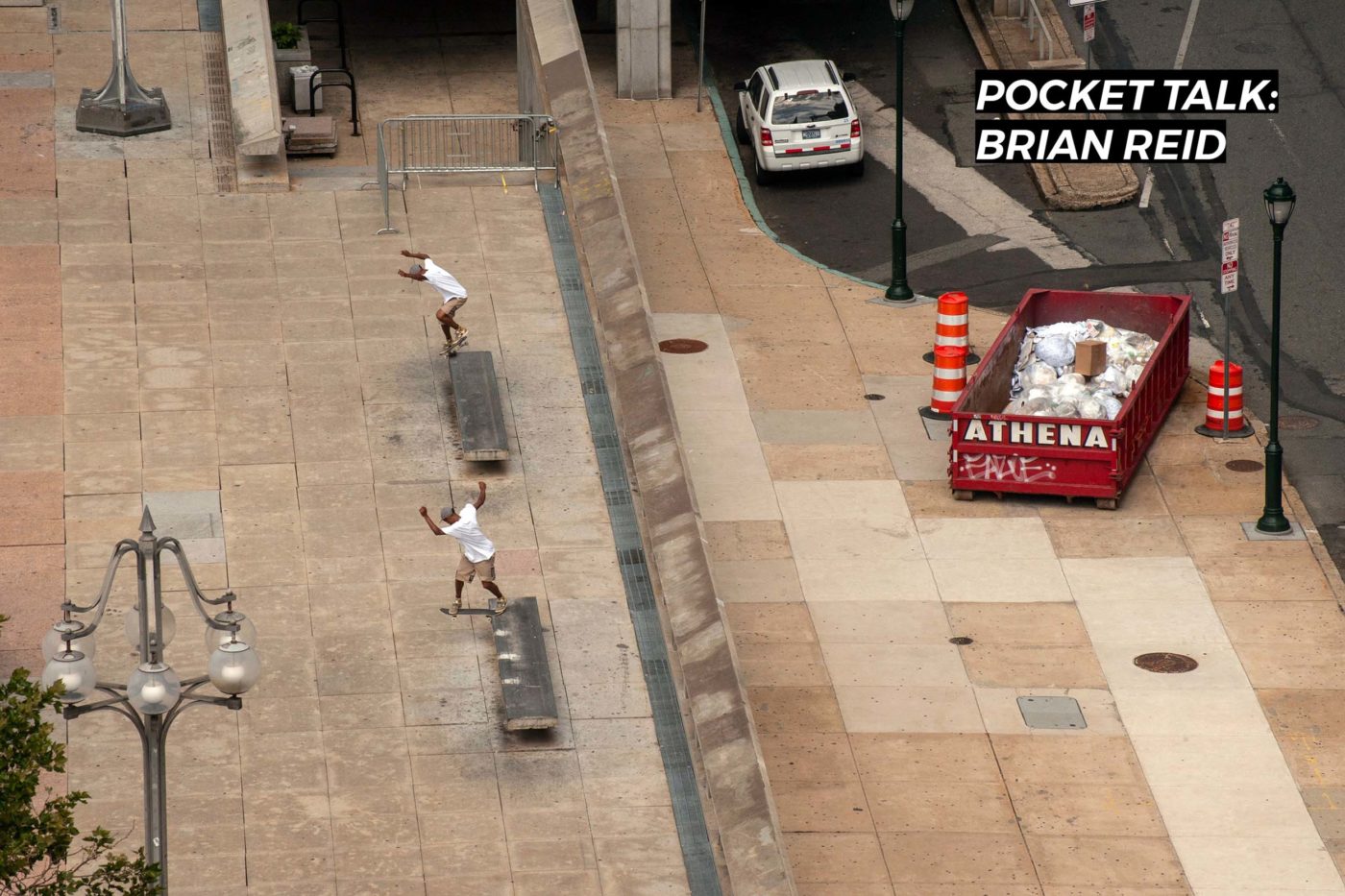 DGK just released their new full length video “ZEITGEIST”. We got the chance to take a peek at it and Brian Reid’s part really stood out to us. Don’t get us wrong, the whole video is great, but since we are fans of Brian for a while we thought this would be the perfect chance to get a quick Q&A in.

Congrats on your part in DGK’s “ZEITGEIST”. Really enjoyed it and it had a bunch of clips that stuck in our minds. Let’s talk about some favorite things. What’s your favorite clip (of your part)?
My favorite clip in my part is probably the Heelflip Crook in Miami. Never filmed that trick before then.

Who did you film most clips with?
Brad Rosado.

Favorite spot to film at?
Eggs.

Which clip took the longest to get?
The Wallie back 5-0 in Philly took a while.

Which one worked out the quickest?
Quickest was probably the Wallie Back Tail

The favorite meal when skating out in the streets?
Probably some sushi.

Anything unexpected that happened while filming?
It started to hail in San Francisco. It was kinda wild.

Is there anything about your part you would’ve done differently?
I don’t think I would have done anything differently. It was a dope time.