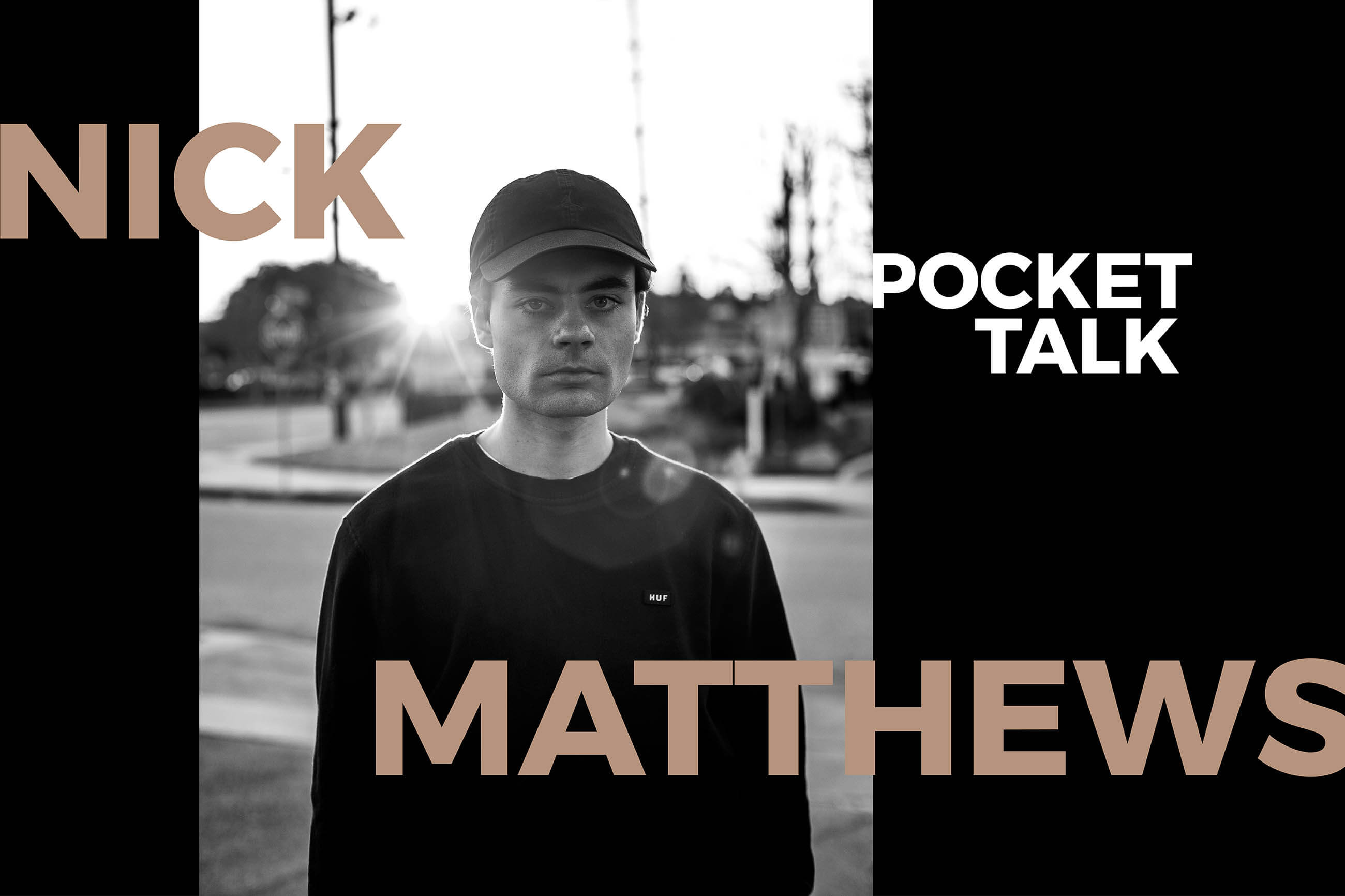 Nick! Hope you’re good! What’s going on at the moment?
Thanks! Just trying to get last-minute footage for my part.

Where are you at right now?
I’m at my friend Tyler’s house in LA.

Congrats on being introduced to HUF! How did that come about?
Thanks! Tyler Cichy (editor’s note: HUF Team Manager) hit me up and asked if I wanted to ride for HUF. I would skate with him sometimes when I would come to LA, too. I’ve always liked what they do in skateboarding.

Do you ever get questions about wearing Nike SB shoes and a HUF Hoody or do you think people figured out that HUF is now apparel only?
Sometimes. I think most people know at this point but occasionally people will be confused I think as time goes on people will figure it out.

After living in LA for some time you moved back to the Mid-West. How did that decision work out for you so far?
I just wanted to skate with my brother and my friends I grew up skating with. Skating has been way more fun since I moved back and I feel more motivated.

I feel like doing it outside of California can even give you some advantages as you do not skate the same spots everyone else skates. But I think you need a good group of people around you and especially a filmer. In your case, that’s your brother. How much time can he devote to that?
Yea I’m definitely lucky my brother is a really good filmer and is always down to skate. It would be really hard to do it without him. And I’m still able to skate with my friends I grew up skating with. Skating in Chicago is cool because people rarely see the most popular spots here let alone all the other spots that are here. We have a really good core skate scene here and Uprise is one of the best skate shops.

Which skater from the mid-west is on the rise and deserves more shine?
Timmy Johnson, Brett Weinstein, Sean Cullen.

We’ll check them out!
Apparently, you are sitting on 10 minutes of footy no one will ever see because you do not like certain details about it. What would these tiny things be that makes you not want to use a clip that someone else might not recognize?
I don’t know, haha. I don’t like watching myself skate so I’m never that satisfied with my footage I guess.

Do you keep up with every skate clip coming out?
Not really only stuff I want to see. There’s too much footage coming out it would be hard to watch everything.

We noticed the logo on your shoes changed. You now skate for Nike SB. What caused the switch?
Yea I’m hyped! I like skating Nike’s and they’re program is more geared towards what I’m into.

What would you be doing these days hadn’t you found skateboarding?
Probably just going to school or something.

What’s your favorite meal?
Maybe a falafel sandwich at the moment but it changes all the time.

Would you rather only get to eat your favorite meal every day or never ever again?
Probably never again I feel like eating the same thing every day would be gross after a while.

I guess that would be a good idea for all of us!
Thanks for taking the time! Anything you’d like to add?

Thanks!
For sure, won’t be the last time!