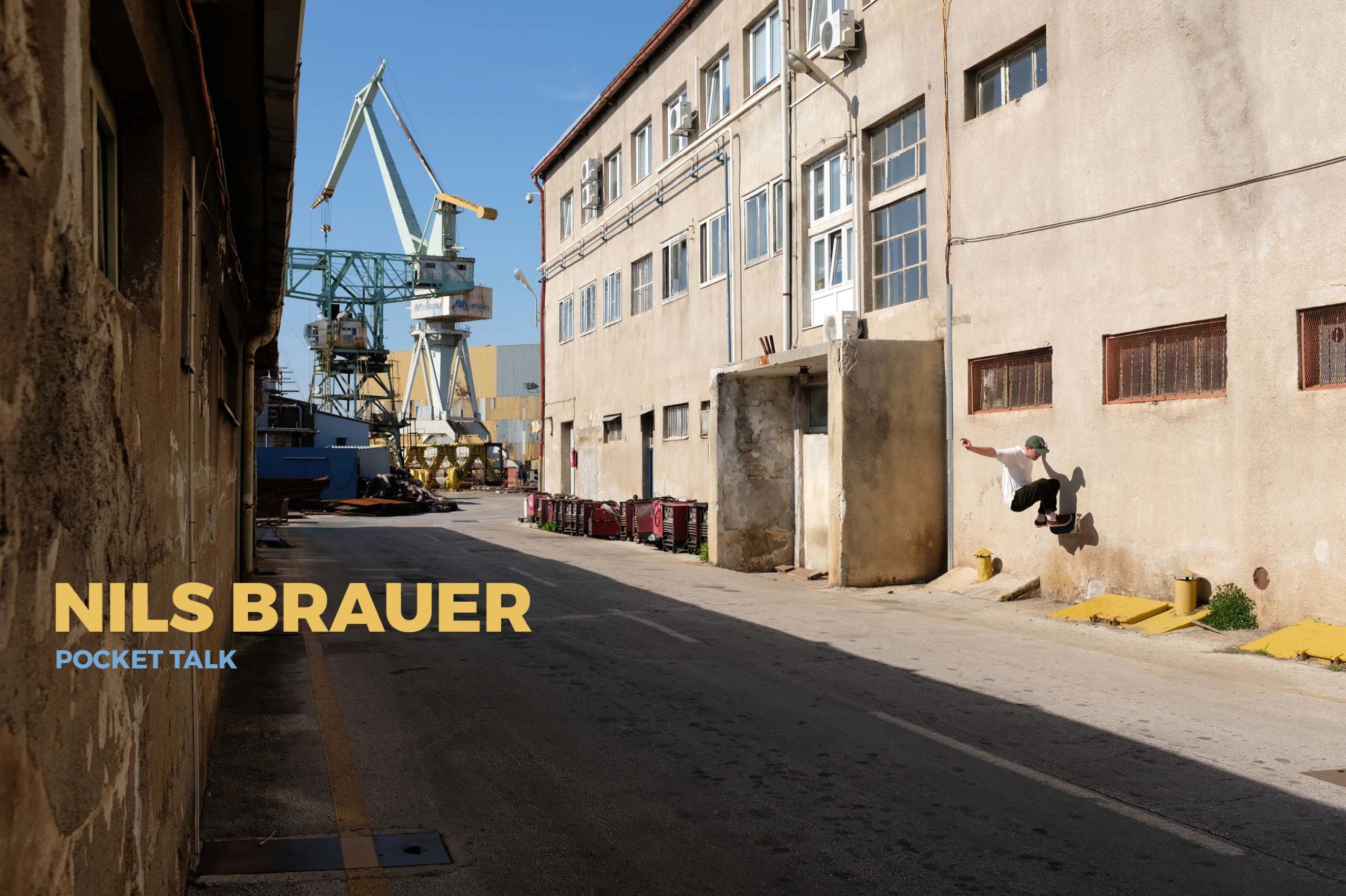 Nils, how are you?
Hey Joey, I am good, just a little bit stressed out. Sorry for getting back to you so late.

No worries, just-in-time. What has been going on lately?
The last weeks have been quite intense. Besides my free-lance jobs as a videographer and photographer I started a live-stream production company with two friends. We had our first big production with Sea-Watch which was super engaging. When I was free I put a lot of time into the final touches of “Low Flying Birds” which should be out by the time this interview drops.

Big production for Sea-Watch sounds very impressive. How do you get from studying and working a bit on the side to scoring big clients like Sea-Watch?
First of all, I was always supported by my parents which was essential for my career. It’s also important to see that I am privileged being a cis, white male.
Apart from this, the network that I have built over the years has been a crucial component. Also, what I have learned being freelancer is that you should never sell yourself short.

A refreshingly honest look at it.
Any way you made good use of canceled free-lance jobs and other effects of the Corona pandemic?
In the beginning of the pandemic, I was quite worried but then after a couple of weeks, I luckily enough had some job offerings which then helped me through the crisis. Other than that I spent most of the time with my girlfriend Teresa and our cat Smilla in our flat in Kreuzberg. Also I went for longer photo-walks more frequently which I didn’t do so much before here in Berlin. It has been strange, time has gone by so fast.

Can you share your top 3 photos with us from these photo walks?
Yes, for sure. Currently, I love observing the sky.

You and Daniel (Pannemann) just released “Low Flying Birds” on freeskatemag.com. Thinking back I always saw you two skating together. Must be around 15 years now? Can you describe your relationship?
We grew up in the same area and met each other through skateboarding when I was 12, I think, and when Daniel had gotten his first car, we started to broaden our horizon traveling. I think movement, traveling, experiencing new places, people and cultures is still our biggest motivation in Skateboarding.
We are very close and know each other so well. I think that benefits our video.

“Just after my injury, the Corona pandemic started which led to a big filming-break. After Daniel and I could meet each other again, I metamorphosed myself into a proper skateboard filmer, haha.”

Filming for the video you also got hurt. Can you describe what happened and what it changed about the outcome?
I was skating a spot at Alexanderplatz and just started to figure out a line and after like five tries I ruptured my ligaments in my foot trying to fakie flip a two stair. I thought to be back on board by April but I am still dealing with pain, I am working on it a lot. Just after my injury, the Corona pandemic started which led to a big filming-break. After Daniel and I could meet each other again, I metamorphosed myself into a proper skateboard filmer, haha. So I think that helped to shine a light on Daniels and other friends skating. My part section was and still is semi-finished so we decided to probably work on Part II in the near future.

You guys did a great job on the video! I assume being a videographer and making skateboard videos is similar but still different. What do you like about working on a skate video compared to your other work?
Thank you! The good thing about making skateboard videos is there is no right or wrong, you can be aesthetically free and playful.
That’s what I always liked about it. Also, I learned the basics of videography through skateboarding and that shaped the way I work today.

Is it easier to film Daniel or to have Daniel film you?
Since it’s my personal equipment we are filming with, and my background as a videographer, it’s technically easier for me. But after all, it’s not about the perfection of filming. It has felt really good to work on that project together, connecting people and figuring out new perspectives regarding skateboarding and the way of filming.

Where did you guys go to film for the video?
We always go for bike missions to the suburbs of Berlin and try to find new spots. Berlin has so much to offer and yet to discover after so many years. Besides that, we traveled to Tel Aviv, Budapest, and the coast of Croatia.

“We all know each other’s strengths and weaknesses. Also, we still share the same enthusiasm for skateboarding. I am really happy to call those guys my friends.”

Tell us about the trip you, Daniel and Fidi went on to shoot these photos.
Daniel and I visited him near Split, where he had already stayed for some weeks with his girlfriend in his camper, from there we drove back home and skated spots on the way. I love this way of traveling, you feel like you are being on the streets 24/7.

It’s sick to see that Fidi, Daniel and you are still keeping it tight after so many years. How are these trips compared to others?
These trips are superb. We all know each other’s strengths and weaknesses. Also, we still share the same enthusiasm for skateboarding. I am really happy to call those guys my friends.

You also edited your video, right?
How is filming and editing your own video?
First of all, to me personally, it’s always a bit dialectic to film and skate at the same time and give both the same attention. That can be exhausting every now and then. I don’t like to edit my own skate footage that much. That’s why I am happy that we have always been working on that project together. Daniel has a clear vision and knows exactly how the video should look like. I guess my part is to be the spontaneous one and to loosen up the game every now and then. In the end, it is a product of many different inputs which hopefully makes it something memorable.

So you sat next to each other editing it start to finish?
Yes, that was part of our concept.

Now that your foot is healed, what do you have planned for the remaining Summer days?
I want to spend time with people I love.

Always good talking to you, Nils.