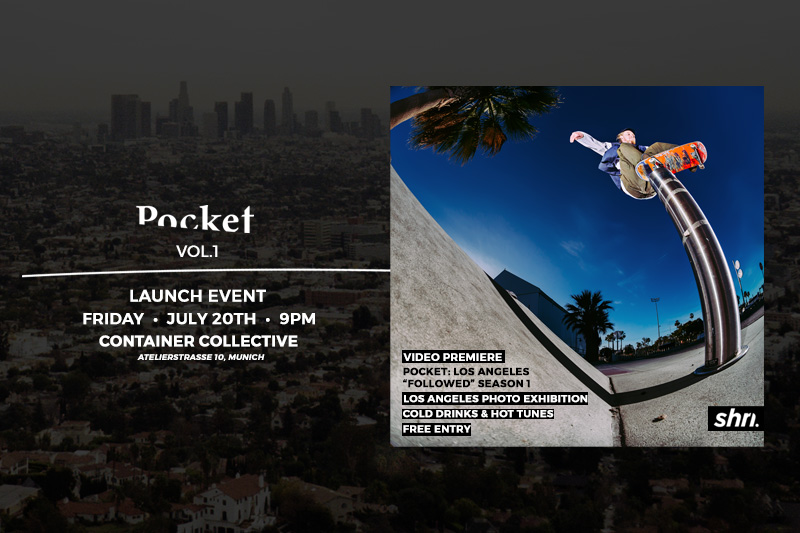 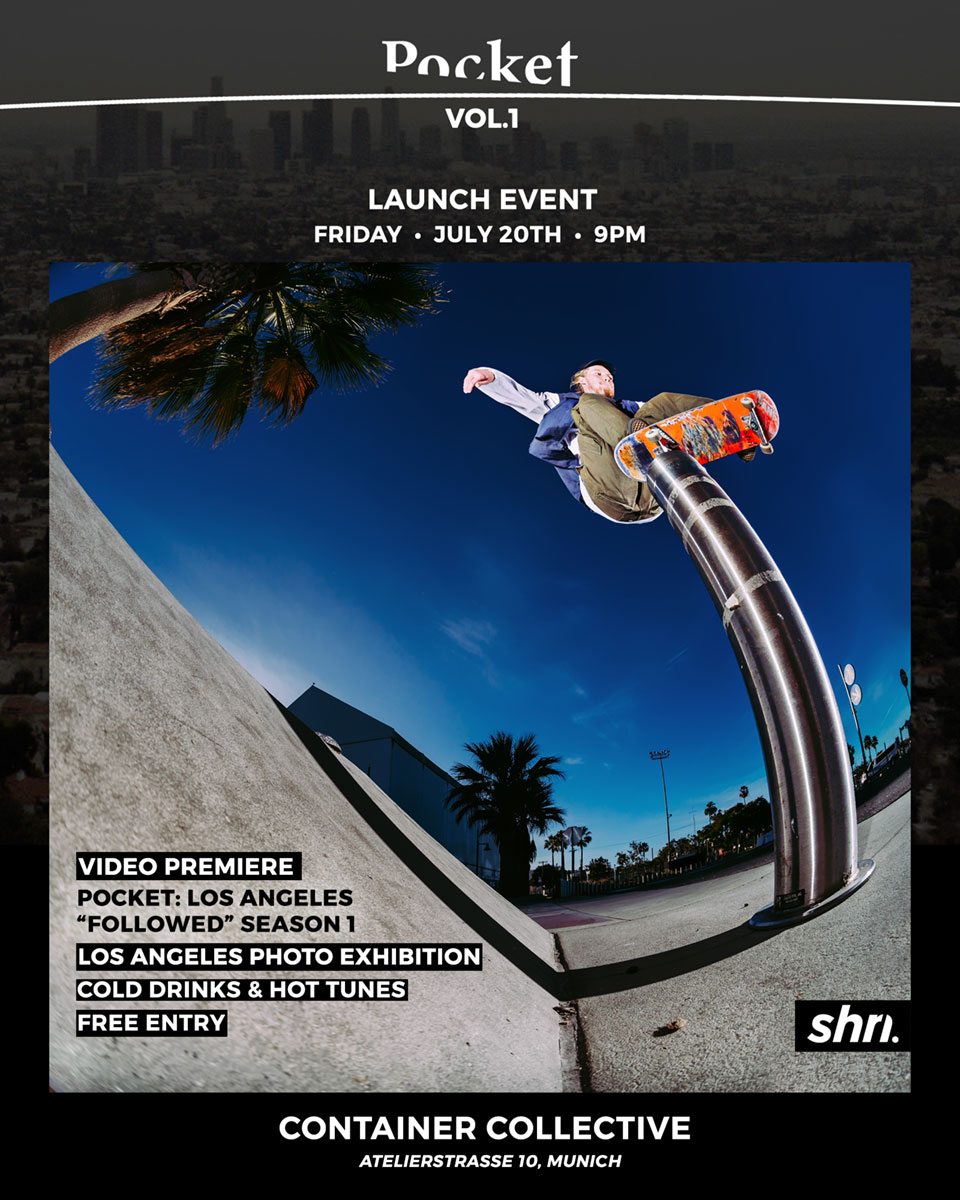 Pocket Vol. 1 is finally here!
We invite you to celebrate with us, this upcoming Friday at Container Collective, Atelierstrasse/Friedenstraße, Munich.

We will also introduce a new video feature we’ve been working on. “Followed” is a new segment where we follow skateboarders along for one day, mic’d up. We’ll preview the first three episodes featuring Denny Pham, Carlos Ribeiro & Franky Villani.
____