Q: IS THIS THE NEW SHRN VIDEO? – PREMIERE PHOTO RECAP 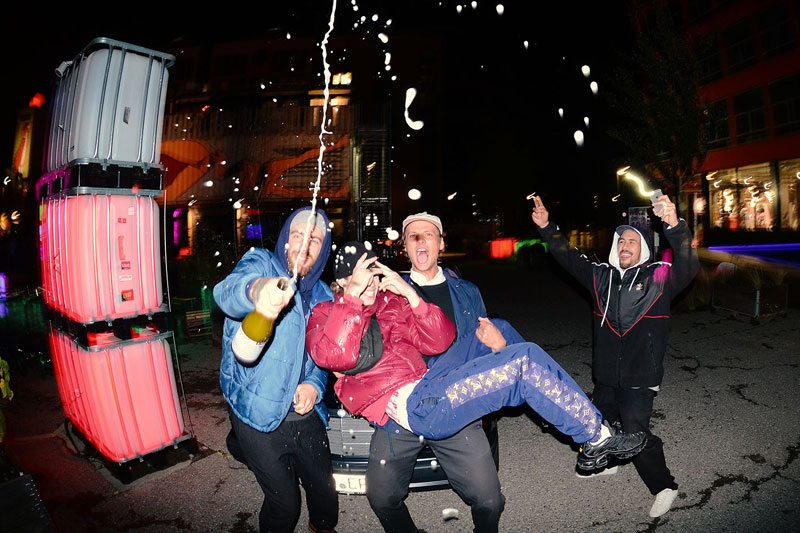 Last friday night on the 27nd October, the premiere of the new shrn video went down at the Container Collective gallery in Munich. The video features Paul Zenner, Fabian Lang, Conny Mirbach, Ben Rappel, Stefan Lehnert, and many more!

Marlon Lange put in a lot of work to make the new video his best one yet! On top of that, he also killed it DJ’ing on the afterparty which is also why the vibes at the premiere were unreal. The skate scene of Munich came together to see and celebrate the new video – it is full of heavy skating and cool surprises. Paul Zenner’s footage is unreal!

On the same night, Simon Eff got introduced to the shrn team. Congrats!
Check out the photo gallery to get an insight of the night.
Enjoy!

(IMAGES MAY TAKE SOME TIME TO LOAD DEPENDING ON YOUR NETWORK)