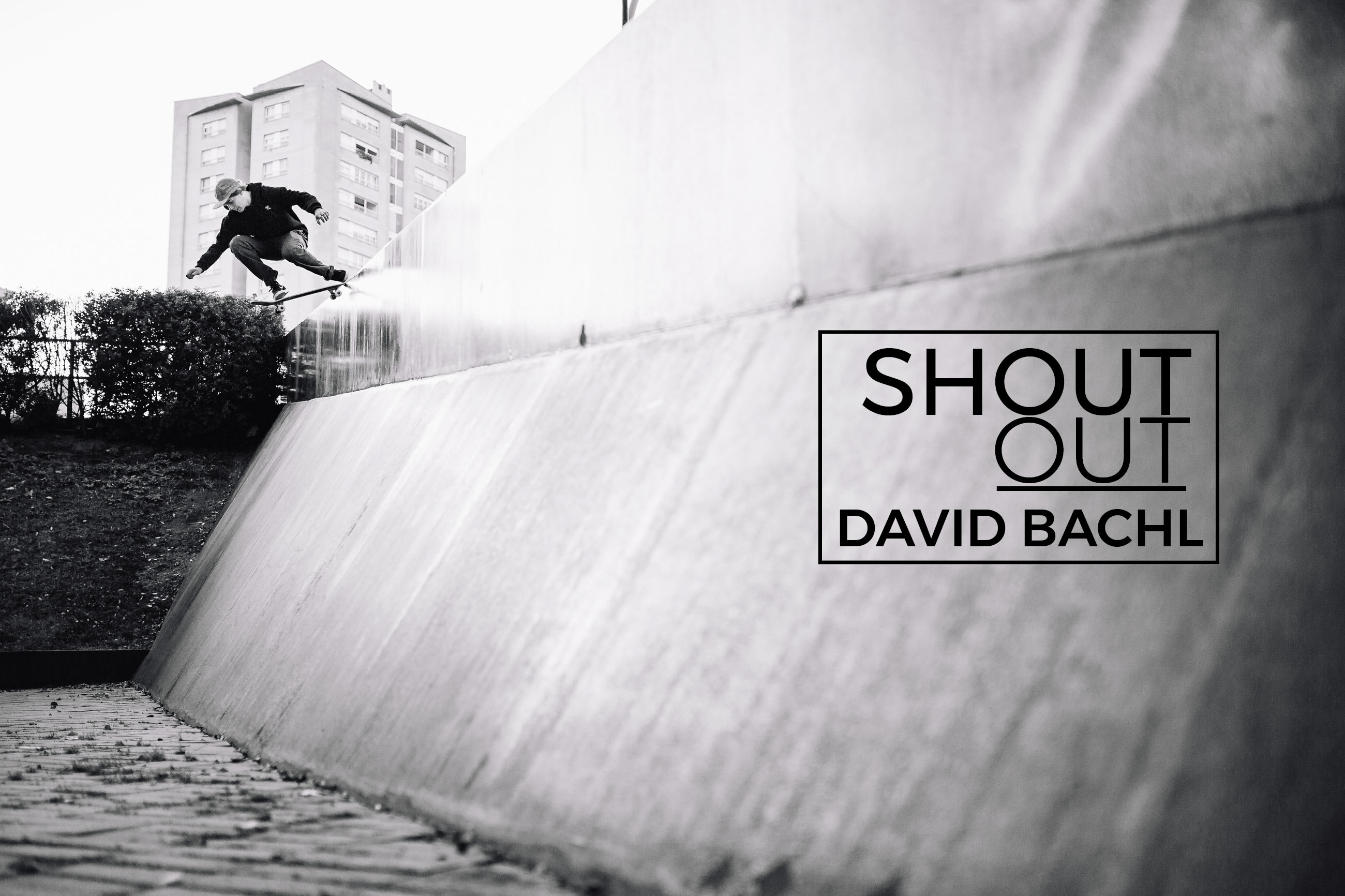 Shout Out to David Bachl from Linz, Austria.
When watching his part you will notice he traveled a lot. In days dominated by COVID-19, we realize all the things we took for granted, such as traveling and a big session with all your friends at your local skate park or spot. We talked to David about his part and how he handles the current situation since Austria took early and strict steps to prevent the virus from spreading.

Hey David! How are you and where are you at right now?
Hey Til! I’m fine. Because of this weird Corona situation, I’m staying at my parents’ place right now. It’s in the countryside in upper Austria.

Can you still go skating there? The government’s restrictions in Austria seem pretty strict.
I can’t skate in the public at the moment. Every skate park is closed and if you skate somewhere they‘ll give you a fine which is like 3000€. That’s why I moved to my parents to skate in their garage and try building some sketchy ledges and stuff… haha.

Sounds like a good plan. Just like back in the days.
Regarding your new part: Where have you been to and which city did you like it the most?
During the last 2 years, I‘ve been to a few cities to film with my VX. Like Copenhagen, Split, Barcelona, Berlin and a few smaller villages in Croatia and Slovenia. I’d say the most fun was Copenhagen – there are so many spots and DIYs of course 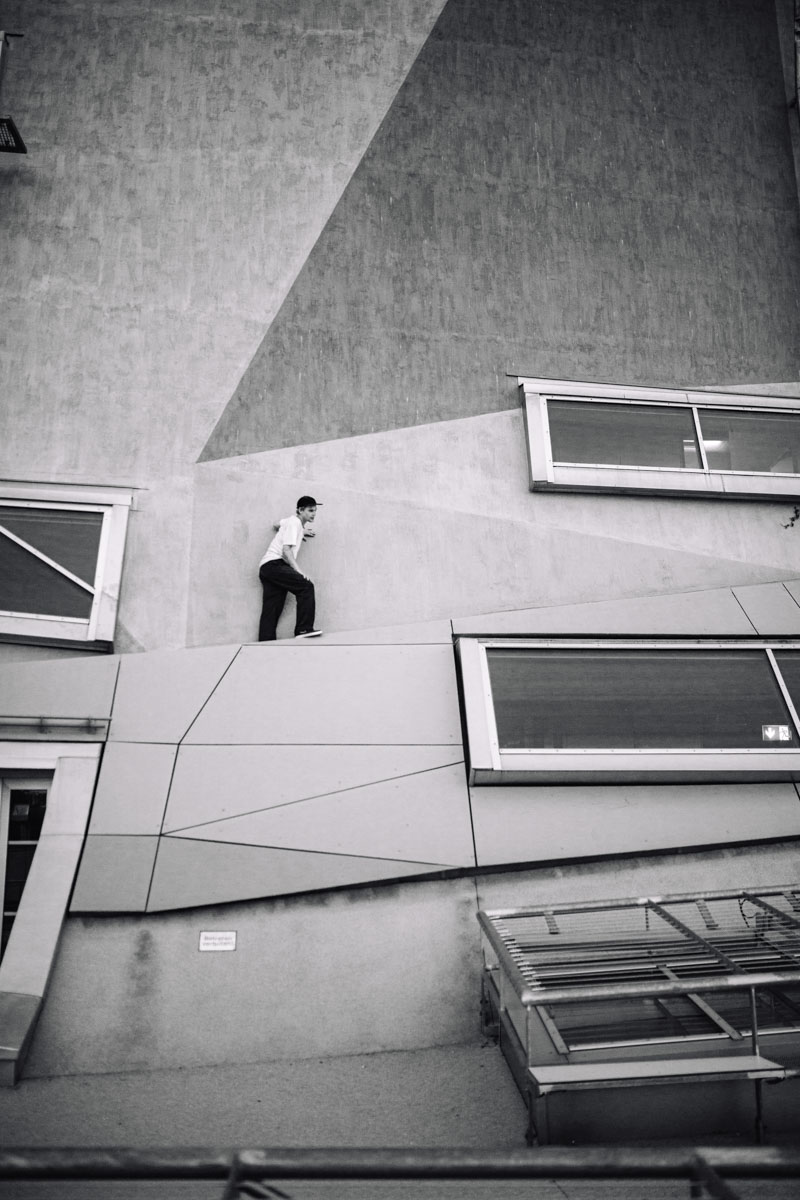 While traveling who are the ideal people to be around?
That’s a good question… I got a bunch of real good homies here in Austria and Germany who really like to skate DIYs and transition. I don’t wanna drop names because, in the end, I would miss someone. All in all, I love to skate and hang out with people who are as addicted to skateboarding as me.

Good call! Where did you get the clip of the Frontside Bluntslide Transfer?
That one is actually in my hometown in Linz. That’s such a fun spot because it ends into the steepest downhill of the city, I’d say.

That was actually my favorite clip!
Can you name a trick that happened within a few tries vs one that took forever to film for your new part?
Thanks! The one which went down pretty fast was the first clip (Frontside 270 into that crusty bank) it has been there for only a few days and was a bust so there was no possibility to try something else.
And the one which was kind of the hardest was that one line with the slappy crooks and the fs board…it was difficult for both of us (the filmer and me) because it was so tight and it’s a bust, too.

You got some cooking skills that will make Quaratine-life easier?
I was in Barcelona for the last few months and I learned how to cook Paella. That’s pretty sick!
My at home classic is sour pancakes filled with shrooms or anything else you like to put in.

That sounds delicious!
Do you have a go-to trick you like to do every session?
In transition, it would be a Backside Bluntslide.
If there’s no transition I‘ll go for a 360 Flip in flat or a Slappy Crooks.

What’s the first thing you’ll do when quarantine is over?
I‘ll call all my homies up to meet at our DIY and have a huge BBQ and a “skate party”.

Awesome! Thanks for the interview!
I wish you and your loved ones to stay healthy and keep the good mood up!

Thank you guys for everything!
I wish all of you all the best in these weird times.
Stay safe brothers and see you soon!