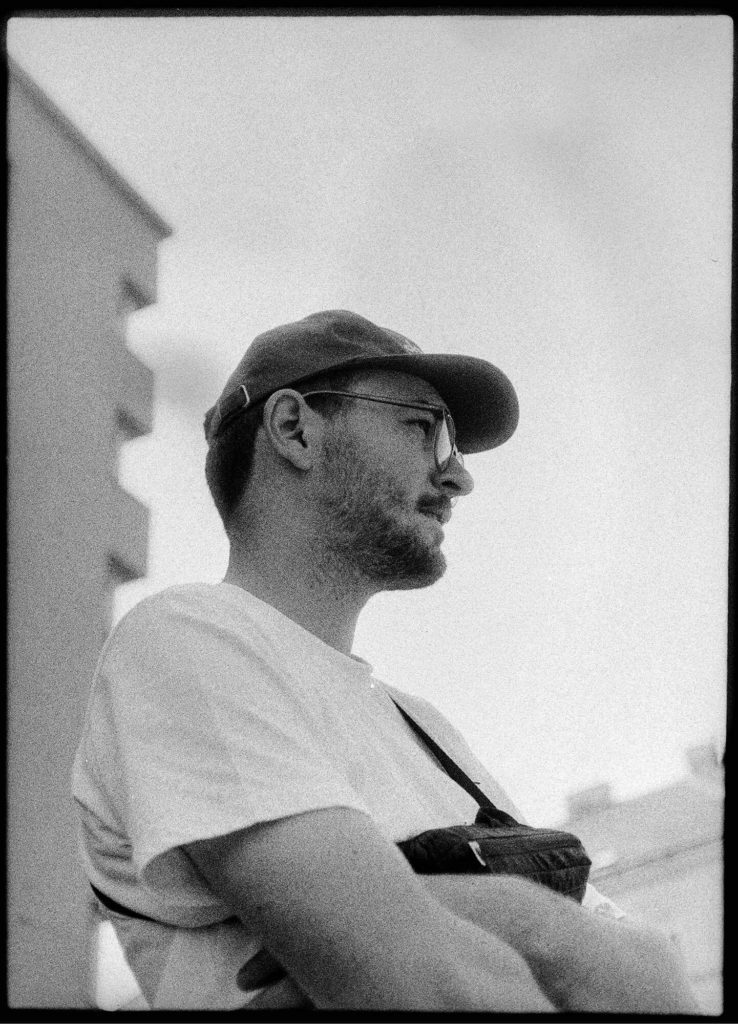 Skateboarding needs people who go out there and do it. Videos are such an important part of our culture, a way to communicate your art, on both sides of the lens. And as much as we make stuff look arbitrary, it is not. The difference lies in the details, so let’s appreciate it.

We talked to Dominik about this project, filming skateboarding and his love for details.

How did this project come about?
I’ve been working on a lot of commercial projects for the past three years and skateboarding became less and less of an object of my filming. I really missed the feeling of being out in the streets with great people all day long – just to go with the flow! I went on tour here and there but its different if you go on a company funded trip and need to bring stuff home, you know. It’s a special kind of pressure and there are different expectations to be satisfied when it comes to skating. I wanted the trip’s vibe to feel like it used to when I was younger and just went out with some friends and brought the camera to see what would happen. No pressure at all, to meet up before noon, skate a couple of spots, have dinner together and maybe a beer afterwards. But I realized pretty quickly that times have changed, and people have been caught up with everyday life with full-time jobs and families. It was a bit of a challenge to create that kind of atmosphere.

Why Vienna?
Ever since my first trip to Vienna with the German HUF team in 2014, I loved the city. One day I texted back and forth with Sebi (Binder) and asked him if he was willing to bring off a little something with me. We settled on a time period, I took a train to Vienna and stayed for a week. The city is incredibly diverse and has a so much to offer to skate what made it easier to just go out and let it happen! And the Zwickl is simply the best! hahaha

Is there a connection between the city of Vienna and the choice to use Super 8 material?
I always wanted to do more on film but the timing never felt right. While studying or doing commercial work there was never a project compatible with this format. I grew up watching videos with Super8 and 16mm footage in it and I always loved the feel of them and wanted to recreate it. I really wanted to get it right! For example, the Cliché Bon Appetit video had a huge impact on – in particular on how to see skateboarding in relation to cities – and later the Alien Workshop Mind Field video with its different and abstract angle of things. While moving to a new apartment I dug out my Nizo Super8 that hadn’t been used for the last six years and figured it’s time to revive it. Super8 is a bit more run and gun than 16mm for example and was perfect for pushing through the streets and shooting.

Where do you see the reason behind using actual 8mm material when everything is HD (or excuse me, 4k) these days? And why not just put a filter over it that the majority of the viewers won’t be able to distinguish from actual film material?
I’m always asked that same thing and I always answer that it’s just not the same. You can simulate all kinds of formats with different plugins of sorts but it never looks the same. In 8mm the colors, grain and dynamic range of film looks so organic and natural and it feels more natural to shoot. You think in a different way and can’t let the film run forever which makes it one the hand very difficult to follow through your plan but on the other hand the material more valuable.

What’s up next for you? Any new projects coming up or will we see this format continue in another city?
I’m open to all kinds of projects! I’ll continue shooting on film and plan to do more skate related projects again. I have had a project in mind for a while now and, hopefully, I will be able to put it into action next year. Possibly some kind of full-length video but I don’t want to say too much right now. I met so many great people over the years and want to stay in touch with them in order to make the most of what we have. That’s what’s really important to me: to have a great time together and to help each other out on and off the board where possible!

Thank you Dominik! We are looking forward to it!